Jinxxx - Today We Talk About Music

Jinxxx was born in March on the east side of Baltimore Maryland as a creative youngster who enjoyed the musical influences of Queen Latifah and poets such as Langston Hughes. She found joys in writing art and so at the age of eleven, she turned her poetry into something more. Inspired by freedom of voice and its power she started to put her poetry on to beats and sounds . She watched her oldest brother freestyle on several occasions and was amazed at the art in which he had shaped, in hopes of one day having her own style and drive similar to his. In 2005, while attending Northern High school she made a name for herself, (Jinxxx,) while performing and constructing a stage play/musical, which only consisted of hip-hop and R&B. She wrote most of the songs that others performed and was intrigued by the feelings of being on stage. From that point on she looked to grow from the very experience that she created.

The name Jinxxx originated from the struggles with relationships and life’s pressures. The three X’s added symbolize the three sides she shows through her music. As the eclectic Jinxxx grew and she became very observant of the messages that hip-hop has to her.

In 2006 she created a movement by the name of B.ALIVE which she managed six individuals and helped them reach musical goals. In 2009, she opened for rap artist Freeway with her group and then went on to do shows in NYC. In 2010 while experiencing a very low point she stop managing artist and put more focus on herself creating a song (Gone Missing) which would be taken to Chicago radio WGCI and also getting the exposure later in 2012 on Woman of Substance radio. (wosradio.com) She has also now found love in songwriting again and she moved into 2013 being nothing but busy placing 11th out of three hundred artist to have her music picked up by TV network CBS (midem contest) and placing 10th in another contest to have her song put on a Activision car racing game. She has also been in songwriting competitions (ISC). In 2014 after an successful IndieGoGo lunch Jinxxx fans sent her to France's biggest music conference where she fell in love with the culture and the way they embrace HipHop music. She looks to expand back in 2015 and continues to make strives in making her music stand out. She also goes by the name Eva Rhymes when she does songwriting for all genres. She presents herself with a sexy yet classy and weird approach to music touching on subjects that have seemed to disappear and become under the radar for hip-hop. 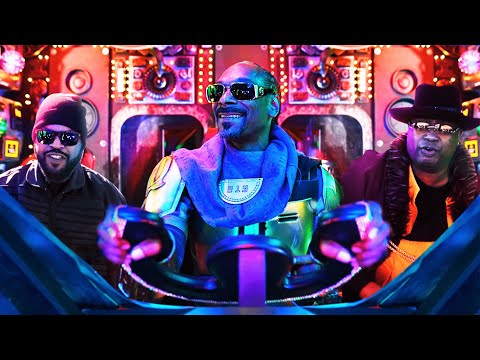